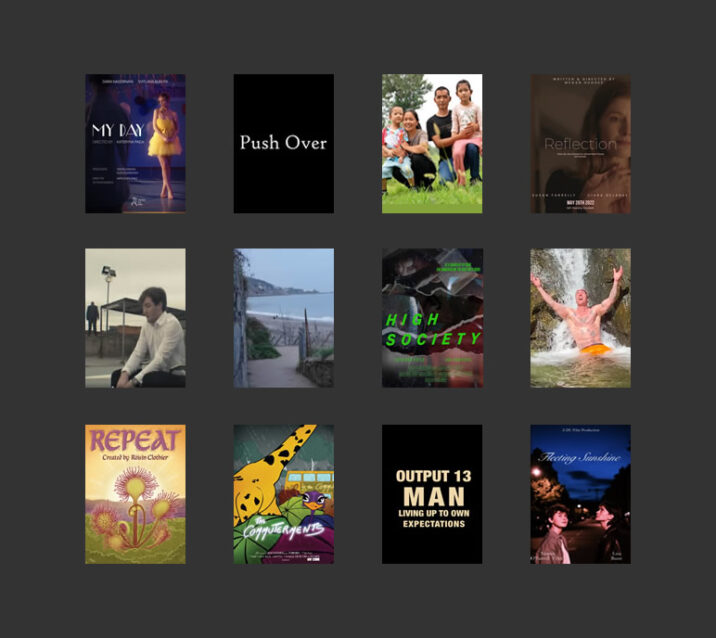 Aine and her niece Roisin are on a charity shop shopping spree for the day, trying on everything and anything from the whackiest of dresses to the largest hats but soon we learn that under Aines’ bubbly personality, she is not as healthy as she seems.

The Commuterments is a comedy animation that emulates commuter behavior inside a Dublin bus. The film is an observation of commuters using anthropomorphic characters.

Tom is a student of film in TUS. He’s a member of Emerging Limerick Filmmakers 18-24 year old group (Gremlin) and this is his, and Gremlin’s, first film.

Nastya dreaming about amazing prom and first sex with her classmate Max. But all dreams are crashing by herpes, stupid dog and her freaky mom as a hostess at a prom party.

At a party when everybody has taken a memory loss pill, Amber and Mariella meet each other. They begin to form an intimate relationship and start to regret their decision.

Using AI Art, performance, and surrealism, Joseph Hendal and Shane Vaughan navigate what it is to be a man in the online world, and how we attempt to live up to the impossible standards of the machine.

They Killed Us For Existing
Directed by: Meghan O’Shaughnessy
Runtime: 10 minutes, 5 seconds

Repeat is a cyclical film that visually explores the interconnected wildlife living within Ireland’s bogs, and the circle of life.

More than four million families in China are affected by children’s hearing issues. I hope I can help raise awareness about these cochlear babies, and help them walk out of the world of silence.

Jack and Kate, a teenage couple, reunite after a problematic breakup. The conflict of their tumultuous past resurfaces and only worsens when Kate becomes pregnant.

High Society is a Drama, coming of age film about Leah who overdoses on cocaine provided by Gary. The story deals with themes of revenge, immaturity, and love.

The story of Corky River, or how one man found salvation through cold water swimming.