Richard Harris was an actor, singer, theatrical producer, writer, poet & film director. His versatility was evident in his varied film roles whether he was playing a Roman Emperor, a wizard, a tenant-farmer or a mutineer. As Terry McMahon put it; “Since Harris tore the screen a new one in This Sporting Life, he has always been our Brando. Simple as that. To celebrate such a movie god makes brief heroes of the rest of us mere mortals.” 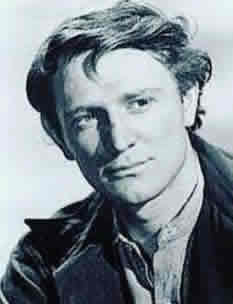 Limerick’s most famous and favorite actor was born Richard St. John Harris on the 1st of October, 1930. He was the fifth out of nine children born to Ivan John Harris and Mildred Josephine (Harty) HarrisDickie, as he is affectionately known in Limerick attended the Jesuit-run Crescent College on O’Connell Street in the heart of Limerick City.

Richard was a talented rugby player and was on several Munster Junior and Senior Cup teams for Crescent. He also played for Crescent junior team and played for Garryowen at senior level. His athletic career was cut short however when he caught tuberculosis as a teenager. He did however remain an ardent fan of the Munster Rugby and Young Munster teams then until his death on the 25th of October, 2002.

While ill with TB he read voraciously while recuperating and found that he his interests shifted towards a new interest in the arts. He read Joyce, Beckett, D H Lawrence, Dylan Thomas and Yeats and began writing poetry.

He went on to study at the London Academy of Music and Dramatic Art (LAMDA) before making his stage debut in 1956 made in The Quare Fellow. Dickie made his mark and soon became one of a new generation of young British actors in the London theatre scene that included actors such as Albert Finney among others.

Richard began his film career playing a character without a name in Alive and Kicking (1958) and he played a supporting role in many major films through the early 1960s, most notably a memorable bit part in the The Guns of Navarone (1961) and a substantial role in the award winning 1962 classic, Mutiny On the Bounty, opposite Marlon Brando.

His breakthrough success and, perhaps, most impressive early performance came during his first lead role, as a character called Frank Machin in This Sporting Life (1963). Dickie netted an Academy Award nomination and won Best Actor in 1963 at the Cannes Film Festival for his portrayal of a short tempered coal-miner turned rugby star.

Following his memorable lead role as King Arthur in the 1967 musical film Camelot and the success of that film’s soundtrack album, Richard decided to embark into the world of popular music as a vocalist. He achieved instant success with his critically acclaimed 1968 album, A Tramp Shining, which was nominated for the Grammy Award for Album of the Year and it featured the hit song “MacArthur Park”. The song was written by Jimmy Webb and recorded in Los Angeles along with some of the legendary “wrecking crew” studio musicians. Despite it’s epic length of nearly seven and a half minutes, “MacArthur Park” reached the Top 5 on the American pop charts as one of the biggest hits of that year.

Harris went on to record several more pop albums and singles through the 1970s and he continued to perform on multiple musical film soundtracks in the decades that followed.

A Long and Fruitful Career