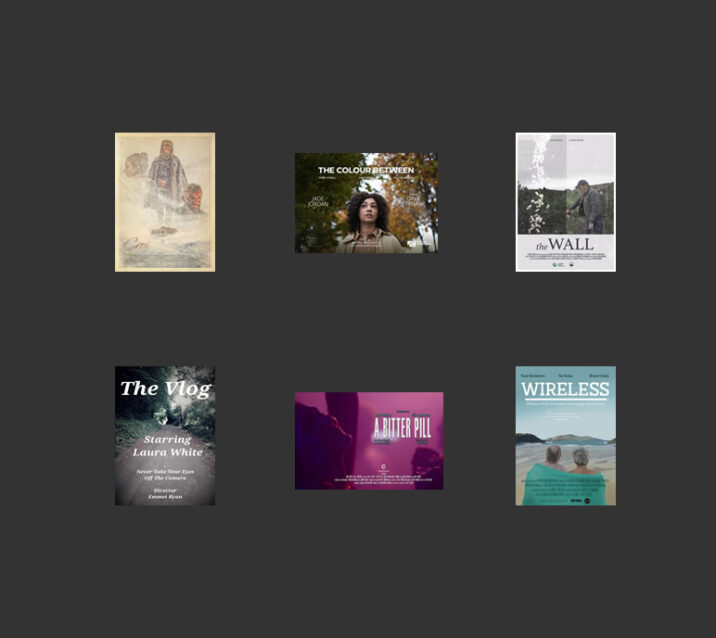 They say it takes a village to raise a child. How does that work in a pandemic?

The Colour Between
Directed by: Dave Tynan
Runtime: 12 minutes, 25 seconds

Annalise and Chris are bringing up their infant son surrounded by love and care. When Chris brings terrible news home, everything becomes under threats.

A vlogger meets a suspicious character while taking her daily short cut home.

A short film about married couple Ziggy and Teddy, a fun-loving middle-aged couple, who lose the run of themselves on a secluded Cork island after they believe they are the only ones there.

Having been badly injured in a road traffic accident that took his wife’s life, Martin finds himself with a growing dependency on pain medication.

Two explorers from an ill-fated expedition in the Antarctic find shelter as they face one last, impossible leg of their journey to safety and the reveal of the truth of what happened out on the ice.