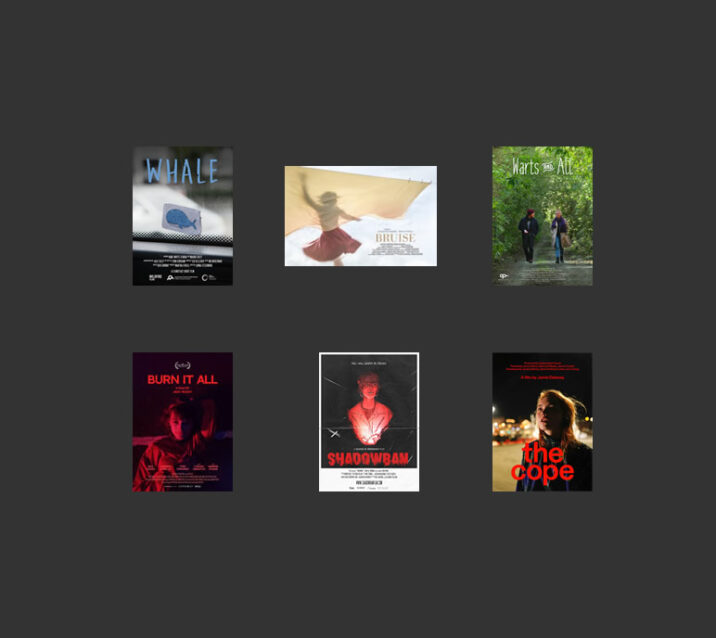 Warts and All
Directed by Pat Shortt
Runtime: 15 minutes, 12 seconds

Aron, a single thirty something, attempts to navigate falling in love, while attempting to hide his insecurities.

This film was made with the support of Mayo Women’s Refuge, Safe Ireland, Adapt Kerry and the Mayo Rape Crisis Centre.

Burn It All
Directed by Jack Hickey
Runtime: 20 minutes

After her father leaves her mother for her best friend, a devastated Bobbie embarks on a chaotic campaign of revenge.

Mam seeks refuge at a women’s shelter with her teenage son, Cian. Their situation is complicated and the system fails them so Cian saves Mam the only way he knows how.

SADHBH, a young dancer from a small Irish fishing town, has one dream: escape and dance for a living.

Late on Halloween night, Fiona is out delivering products from her side hustle, but never missing an opportunity for content she is live streaming the journey.