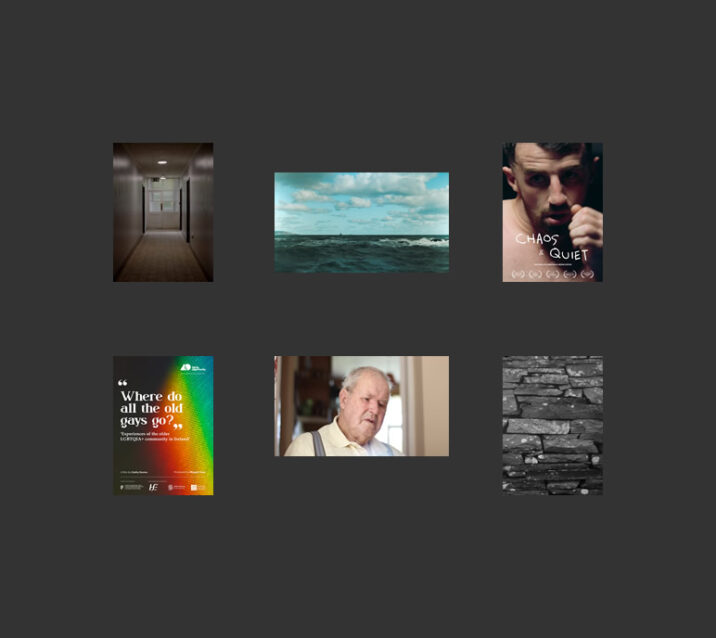 A Stone Place is a visual journey showcasing a unique rock that is quarried on the side of the biggest cliffs in Europe and that has created the aesthetic of a small rural town in the west of Ireland.

Where Do All the Old Gays Go?
Directed by: Cathy Dunne
Runtime: 18 minutes, 31 seconds

This short documentary film provides an intimate exploration of the older LGBTQIA+ community living in Ireland.

This film explores the Irish asylum seeking system through the prism of Mount Trenchard, one of Ireland’s most notorious Direct Provision centres.

The lives of a father and son mirror each other, as professional boxer Tyrone McCullagh strives for glory, whilst his father Vin relates his own struggles with family life and mental health.

The Buildings is a short documentary in response to the 1961 film – Irish immigrants in Britain – as part of the Make Film History Collection.

A dead man narrates his life as a lighthouse keeper on some of the most remote and dangerous rocks off the coast of Ireland.

Buy Tickets for This Event